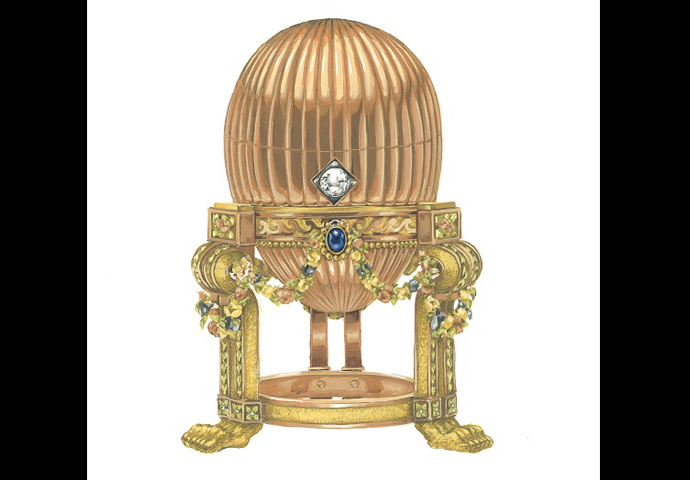 An original Fabergé Imperial Easter Egg was recently discovered in the United States. It appears to have been bought by a scrap metal dealer in the US, who had been intending on melting it down.

‘The egg is absolutely genuine and fits perfectly into the timeline of the 52 known Imperial eggs. It corresponds to the one line description in the accounts of the Imperial Cabinet: "Easter egg with clock, decorated with diamonds, sapphires and rose-cut diamonds" and again to a reference in the account books dated 1887 ‘To the jeweller Fabergé for an egg with a clock, 2160 roubles’. It was last listed in a Soviet inventory of 1922 as ‘Gold egg with clock with diamond push-piece on gold pedestal with 3 sapphires and rose-cut diamonds.’ The sapphires are missing today. The egg was known to Fabergé specialists from an illustration in an old Parke Bernet auction catalogue.’

This discovery is truly remarkable as only 50 Fabergé Imperial Eggs are known to have been created and delivered in total. The whereabouts of only 43 are known today, which means seven are still missing, and the mystery surrounding them adds to the romance of the Fabergé story.

The latest Fabergé Egg to have come on the market was the Fabergé Rothschild Egg, which was sold for £8.98 million by Christie’s in November 2007 in London.

The recently discovered Fabergé Egg is currently on display at Wartski, London at 14 Grafton Street until Thursday 17th April at 5pm.