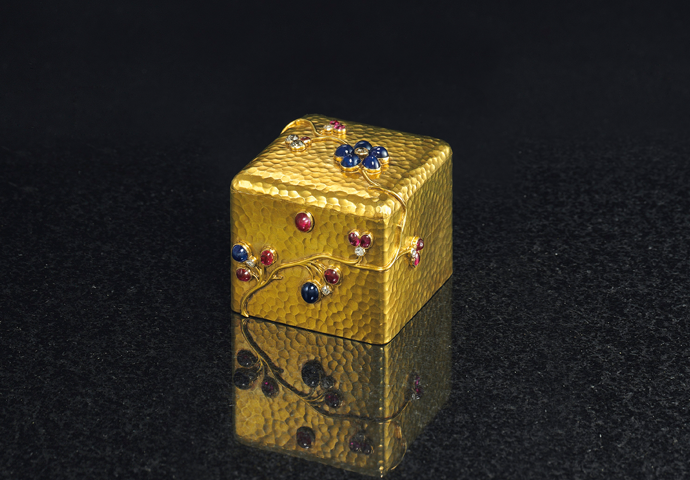 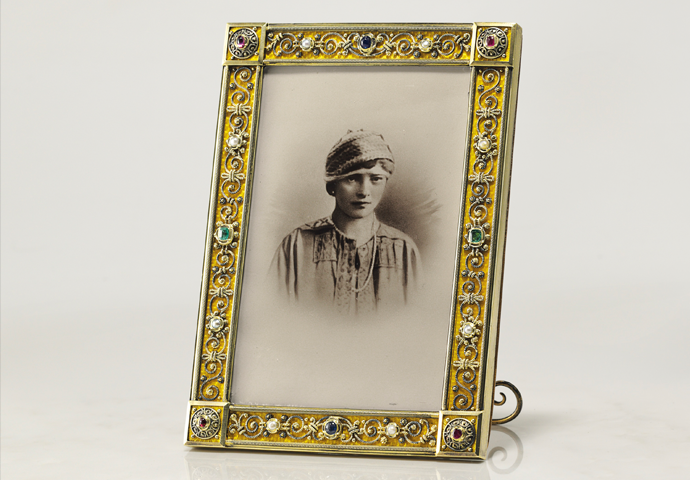 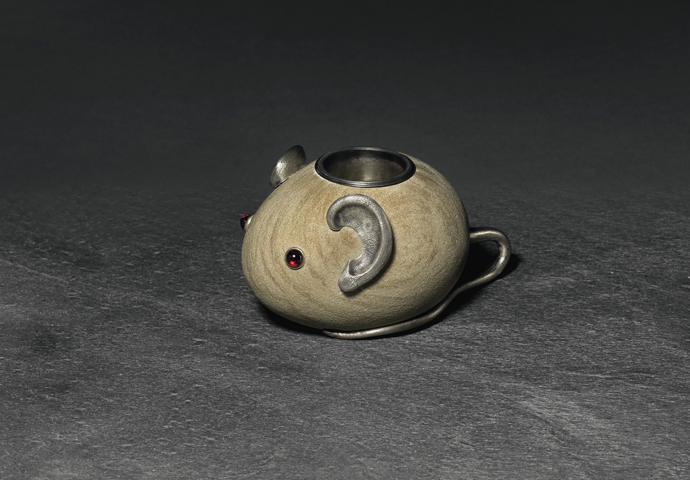 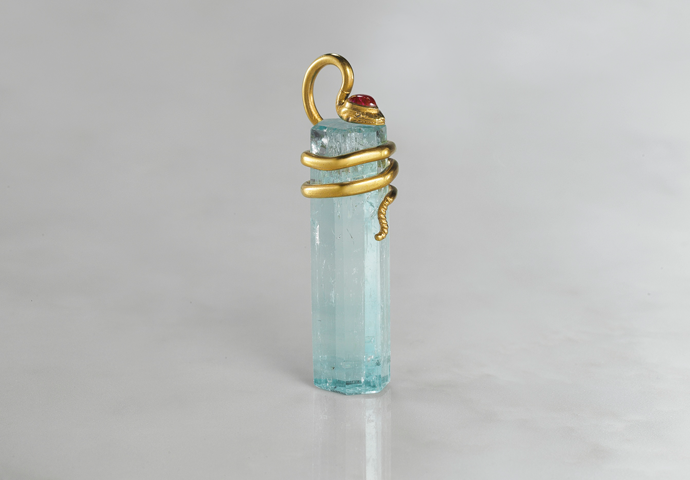 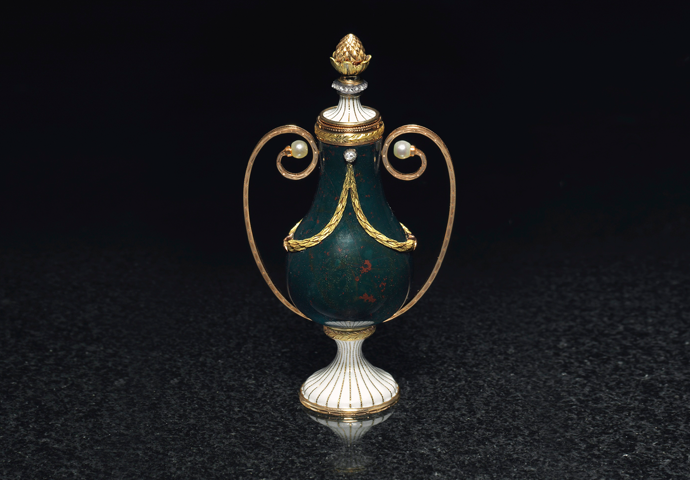 Christie’s will be holding a sale of Russian works of art in New York on April 15th 2013. With over 160 lots and more than 60 antique works by Fabergé, the sale is estimated to total more than US$3.2 million. The auction will include Fabergé pieces from a distinguished private Midwest collection that have not appeared on the market for a number of years.

Highlights include an exceptional gold jewelled box made by Fabergé’s workmaster August Holmström in St Petersburg around 1890, estimated at US$40,000-60,000. It was a gift from Empress Alexandra Feodorovna to her sister Princess Irene of Prussia, née Hesse-Darmstadt (1866-1953) and later became the property of a German Royal Family.

The invention of photography resulted in the need for frames to display images of loved ones in the home. Fabergé duly obliged with ones made in a variety of materials from wood to gold. A jewelled silver-gilt and guilloché enamel example made by Fabergé’s workmaster Victor Aarne in St Petersburg during the period 1899-1904 is a superb example anticipated to sell for a sum in the region of US$40,000-60,000.

The whimsical appealed to Peter Carl Fabergé and also to his customers. A jewelled silver-mounted sandstone match holder in the form of a mouse, estimated at US$30,000-40,000, also demonstrates the range of materials that were used in the Fabergé workshops. The catalogue states the piece was made by Fabergé’s workmaster Julius Rappoport in St Petersburg around 1890.

During the era of Peter Carl Fabergé, gum was as essential as a pen and inkwell on a writing desk. The reason was quite simple: the postage stamps were not supplied with an adhesive on the back – the only way to stick stamps on an envelope, as well as the envelope’s flap, was with glue applied by a brush. The ways of disguising a pot of adhesive became quite ingenious. A bloodstone glue pot mounted with two colours of gold and further embellished with pearls and enamel, once part of the Forbes Collection, is likely to sell for US$20,000-30,000.

It was not just gum-pots that Fabergé turned from functional objects into objets d’art. A jewelled gold-mounted aquamarine hand-seal made by Fabergé’s workmaster Erik Kollin at St Petersburg in about 1885 is estimated at US$35,000-45,000.

Find out more about the auction.
Fabergé collections are available online or in our international boutiques.