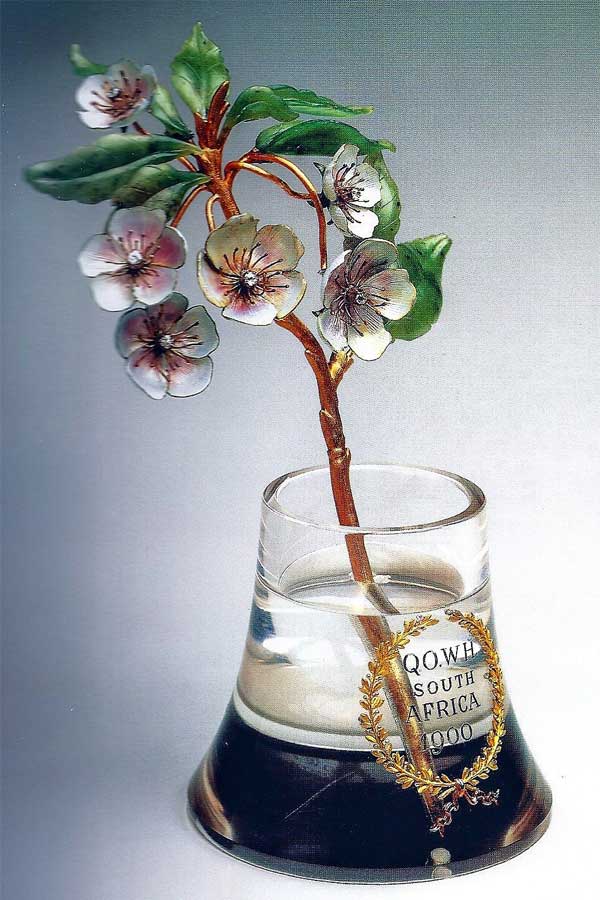 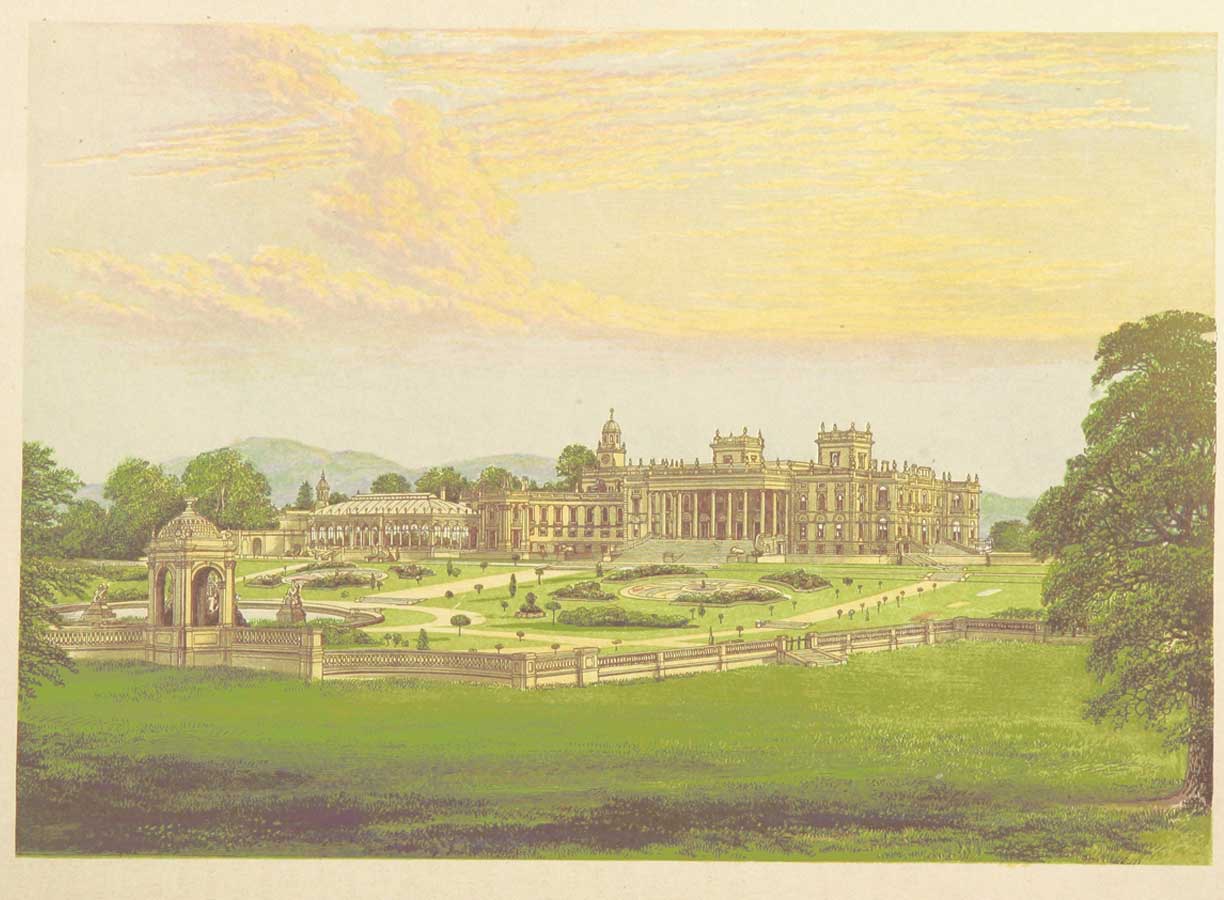 This year the BBC’s much-loved Antiques Roadshow celebrates 40 years of touring the UK valuing family heirlooms as well as items picked up for a song at jumble sales, charity shops and car boot sales. Viewers love the reaction of the individuals who bring an item of unknown value when they discover it is worth a fortune.

There was great excitement on Wednesday 21 June 2017 while the BBC was filming at the Black Country Living Museum at Dudley near Birmingham. Simon Shaw, the show’s executive producer, described it as ‘one of the most significant jewellery finds in 40 years’ of the programme’s history. Mail Online broke the story the next day revealing that ‘the brooch’ was valued at around £1 million, but its history ‘has not been revealed’.

Tatiana Fabergé’s reaction was instant when seeing the story, ‘Look in the book Fabergé Flowers [by M P Swezey, New York 2004] – on page 61 there is the exact same flower which is in the Queen’s Own Warwickshire and Worcestershire Yeomanry Charitable Trust. How is it possible to find it at the Antiques Roadshow?’ Fearing foul play, she copied her e-mail to Caroline de Guitaut, Assistant Curator at The Royal Collection Trust based at London’s St James’s Palace who is in charge of the Queen’s Fabergé.

The cause of the excitement was a botanical study (as opposed to a brooch) created by Fabergé in Imperial Russia during the early 20th century. According to Franz Birbaum, Fabergé’s Senior Designer from 1896 through to 1917, we learn from his 1919 memoirs that, ‘This genre of Chinese art was first brought to our attention when we were called upon to repair a bunch of chrysanthemums from the palace of the Chinese Emperor after it had been occupied by the European landing force.’ Only about 80 of Fabergé’s botanical studies are known to have survived. They are among the most beautiful objects produced by the company.

We can reveal more about the piece taken to the Antiques Roadshow. It is 13.3 cm in height. In the form of pear blossom in a vase, its chased and engraved gold stem is placed in a rock crystal vase carved so it appears to be half full of water.  The six flowers of blossom are also gold which have been enamelled white with shades of pale pink. Their stamens are oxidised silver with a diamond at the centre. The leaves are carved nephrite.

Rachel, Countess of Dudley presented the study to The Queen’s Own Worcestershire Hussars (QOWH) in the early 1900s as a regimental trophy. Three pears feature on the county’s Arms, hence the choice of pear blossom. Indeed the Countess, whose husband was the regiment’s commanding officer, gave a sprig of pear blossom worked in silk to every soldier in the squadron of volunteers from the QOWH which sailed on 7th February 1900 to South Africa to form part of the Imperial Yeomanry. The idea was that they should wear it in the hats.

Over the years there have been changes in the structure of the British army with regiments amalgamating. Two soldiers in dress uniform took the study to the Antique Roadshow. The name of the regiment that currently owns this treasure will be revealed when the programme is screened.